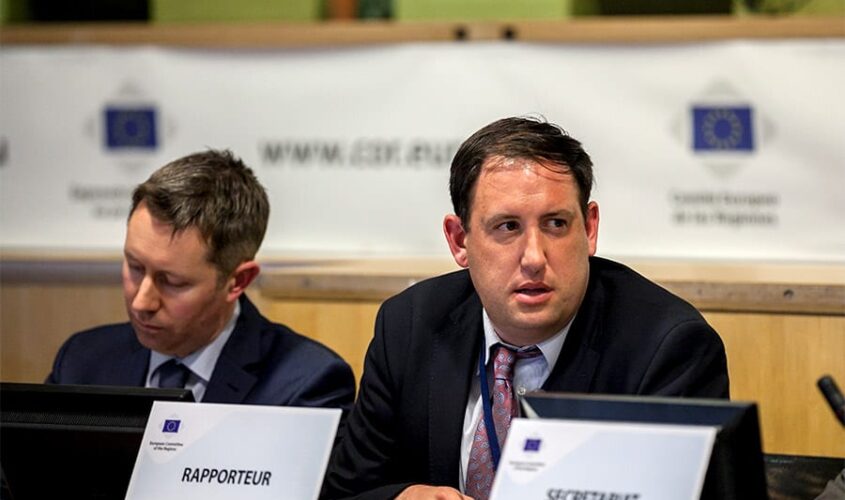 The opinion drafted by Cllr. McCarthy on the Implementation assessment of the urban agenda for the EU has been unanimously adopted by the COTER commission on April 27th.

While welcoming the Urban agenda and its working methods that allow urban authorities to directly engage in EU decision-making, the opinion identifies ways in which the agenda could be improved in the future. It first highlights that there is scope for better synergies and cooperation between the different partnerships and regrets the lack of appropriate funding dedicated to the Agenda. The opinion finally advocates for the next Multiannual Financial Framework (MFF) and Cohesion policy beyond 2020 to reflect the role of cities and calls for the development of much stronger awareness-raising for local and regional authorities about existing financing initiatives to support their urban projects.

Launched in May 2016 with the Pact of Amsterdam, the EU Urban agenda is a step towards closer association between cities and the development of EU & national policies. It focuses specifically on three pillars of EU policy-making and implementation: better regulation, better funding and better knowledge. To deliver on the Urban agenda, several thematic partnerships have been set up on topics including air quality, urban mobility, migrants and refugees, climate adaptation or sustainable land use of which Cork city is a member.

The opinion is scheduled to be adopted in plenary in July.