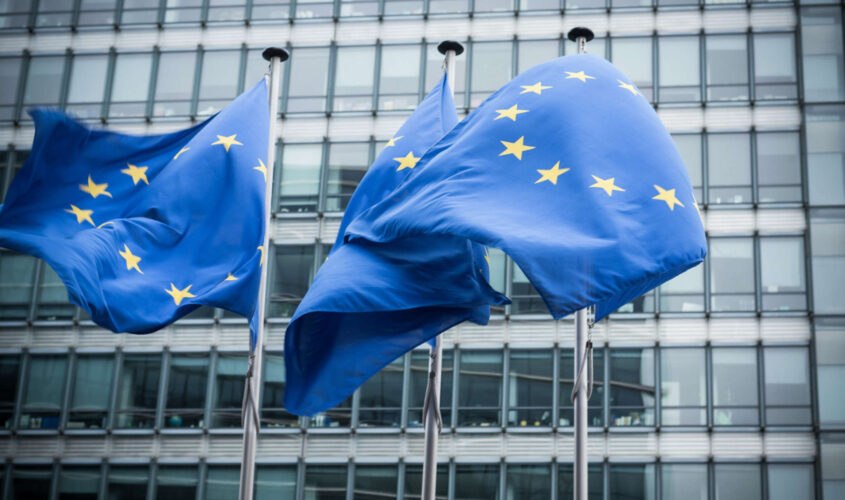 With the 142nd Plenary meeting of the Committee of the Regions (CoR) wrapping up, we reflect on a very active 3 days of discussions and debates. One of the themes for this fully virtual plenary meeting which took place on 3-5 February 2021 focused on creating a cohesive and effective response to the COVID-19 pandemic in light of the vaccinations becoming available. How to support the restarting of a new normal that will involve green and digital solutions which will help the continent to become more resilient and future-focused was also contemplated in the deliberations. 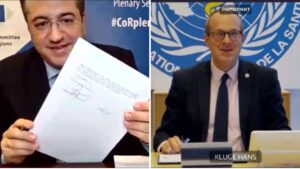 Signing of MOU between WHO and CoR

Delegates were able to debate with Dr. Hans Henri P. Kluge, Regional Director for Europe, WHO on the COVID-19 pandemic vaccination campaign and the role of LRAs in flighting the health crisis. Dr. Kluge urged international solidarity and cooperation in the vaccination campaign for social, economic, moral good of all people. During the plenary meeting, the CoR also signed of a memorandum of understanding with the WHO to reinforce partnership focused on protecting against health emergencies and building better, safer and more resilient cities and regions.

CoR members provided regional input into joining forces to launch and implementation of the new cohesion policy programmes in synergy with recovery tools with Elisa Ferreira, Commissioner for Cohesion and Reforms. During the discussions it was argued that recovery responses have to apply the partnership principle and multi-level governance to rebalance development and address regions that suffered the most.

Other topics of debate focused on the European Citizens’ Initiative, the restarting of the cultural and creative sectors along with the new European Research Area and the priorities of the Portuguese Presidency of the Council of the European Union.

Members of the Irish delegation were very active in the debates and provided some key statements. Cllr Deirdre Forde welcomed the increase in supports to the Creative Europe programme and called “on the EU to provide a range of supports to mobilise the sector” while encouraging the involvement of the private sector as well. Cllr Kieran McCarthy emphasised the need for experience-sharing between LRAs and highlighted that existing supports for the culture and creative sectors must be promoted to a greater extent. Newly appointed CoR member Cllr Una Power advised that the EU must work towards creating adaptable workforce and communities that would be in a position to weather out further challenges.

In addition to this, on supporting the cultural and creative sectors, the Mayor of Galway City Council, Cllr Mike Cubbard was invited as a guest speaker and shared his experiences of the city’s accolade as European Capital of Culture in 2020. He expressed the need for concrete plans and EU support for the arts and culture sector.

A number of opinions were also welcomed at the plenary. The topics of these opinions include:

Further details on the 142nd CoR Plenary sessions can be found on this CoR page.