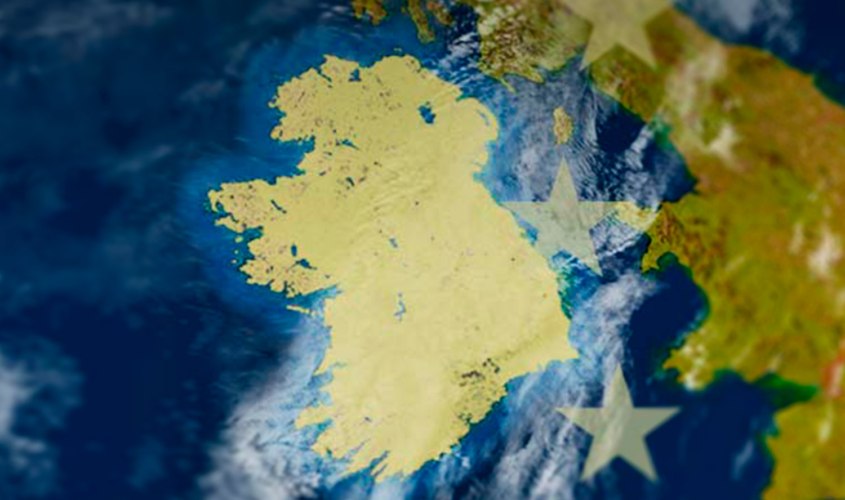 The first day saw the Assembly members meeting with Fionnuala Bourke, First Secretary in the Irish Permanent Representation to the EU about Cohesion Policy as well Ellen McCaffery, a secondee from the Northern Irish Executive. They discussed their role within the EU Council and how Ireland is represented and works with EU Member States on securing the best outcome for Ireland in EU Cohesion funding.   The group also met with Justin Sammon and his colleagues from the Assembly of European Regions and they outlined the benefits of membership of the network, as well as many of the successes of AER, including a recent summer school in Donegal.

In the afternoon, the Councillors made their way to the European Parliament to meet with a number of Irish MEPs. Barry Andrews MEP kicked off the meetings with an overview of his work on the Trade Committee as well as on EU / UK relations and his recent work on the Sustainable Development Goals (SDG).

Following this, the Councillors met MEP Ciaran Cuffe who discussed his work on the Transport Committee, as well as his opinion on the buildings energy directive. During this meeting, MEP Sean Kelly also joined, who is acting as shadow rapporteur on the buildings energy directive. Both MEPs gave Councillors an insight into the policy making process and finding consensus on this issue.

The Councillors were next joined by MEP Billy Kelleher, who offered an update on his work on the ECON committee.  He also discussed agricultural policy and the impact which various trade deals may have on the Irish agricultural economy.

Finally, the Councillors rounded out a busy first day by meeting MEP Colm Markey, who discussed his work on EU agricultural policy, and MEP Deirdre Clune for an update on her work on the internal market.

The second day of the Assembly’s visit found them meeting with Ciaran Delargy, First Secretary at the Irish Permanent Representation to the UK with a responsibility for Brexit. Ciaran offered the Councillors an update on EU/UK relations and the current state of the Brexit negotiations.

Finally, the group made their way to IBEC’s newly opened offices for lunch with Jackie King, Executive Director, IBEC Global. She provided an excellent overview of the latest trends in the Irish economy and the impact of global events on the Irish economy.  The group concluded their trip with a meeting with Grainne Ryan the EU liaison for research and innovation at Enterprise Ireland who provided an overview of how local authorities can become involved in funding opportunities in Horizon Europe.