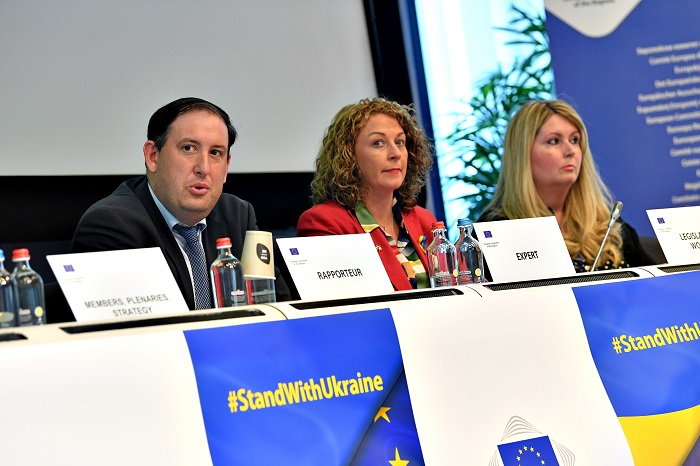 The New European Bauhaus initiative, which connects the European Green Deal to our daily lives and living spaces, is as a key opportunity to harness the creative potential of regions and municipalities, provide jobs locally and create accepted and sustainable solutions, the European Committee of the Regions believes. The opinion drafted by Cork City Councillor Kieran McCarthy points out, however, that this requires strong local and regional engagement, which is why the European Commission must ensure that cities and regions are at the centre of the initiative and receive technical assistance and appropriate funding. In this regard, the Commission has confirmed it is developing a voucher scheme as proposed in McCarthy’s opinion.

“The principal concerns of this opinion revolve around issues such as: what is the role of local and regional authorities? What financial resources are being put to this movement or programme? What are the planned indicators?” rapporteur Kieran McCarthy pointed out when presenting his opinion at the CoR plenary session on 27th April.

“The current call for local and regional authorities to get involved is welcome.  Sufficient resources from state budgets and EU cohesion policy programmes need to be allocated at local and regional level for New European Bauhaus”, he insisted, underlining also the need for a New European Bauhaus regional scoreboard to ensure that the initiative is implemented at all levels and supported by regional investments.

The opinion proposes a New European Bauhaus Lab voucher scheme to help cities and regions co-create, prototype and test the tools, solutions and policy actions that will facilitate transformation on the ground. Michaela Magas, member of the EC’s high-level roundtable on the new European Bauhaus, confirmed the European Commission would work together with the CoR on launching 100 vouchers for Bauhaus LABs across EU regions. “I’m grateful for the idea proposed by CoR to model it on the successful Wifi4EU initiative”, Ms Magas said.

The European Commission is also asked to establish better links between the New European Bauhaus and existing conceptual, culture-related, aesthetics-oriented and design-oriented frameworks. This would translate principles into action and enable the initiative to harness the creative, cultural and cultural heritage potential of local and regional authorities to renovate and revitalize neighbourhoods across the EU.

“I believe that the New European Bauhaus must become a real movement which involves local and regional authorities and is not just another top-down project. It must be a project for everyone, not just the few. To be successful, this exercise must be socially, culturally and territorially inclusive”, Mr McCarthy summed up.