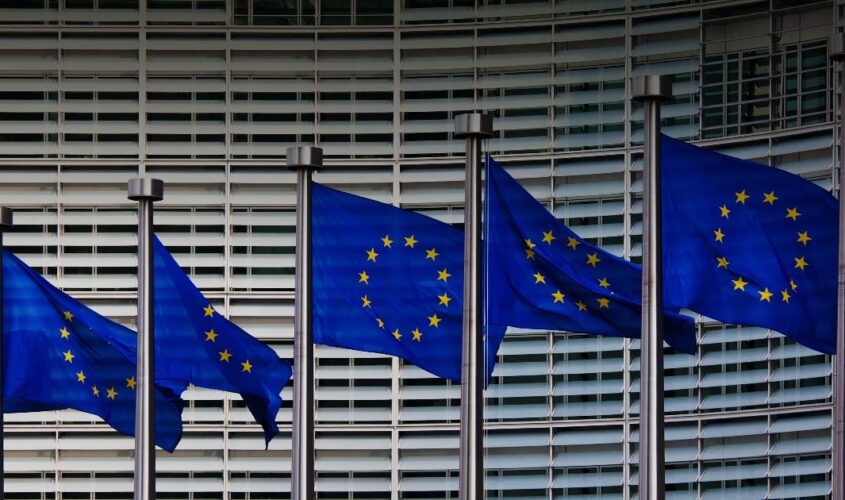 Committee of the Regions delegates from 28 Member States met on 5th and 6th December for the 132nd CoR plenary session in Brussels. It was a very busy plenary with 21 adopted opinions, a discussion with Commissioner Corina Cretu on the future of Cohesion Policy, as well as an update on Brexit from European Commission’s Michel Barnier. 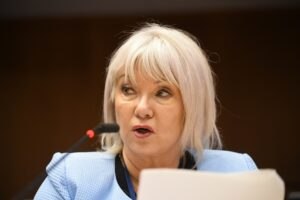 132nd Plenary Session of the European Committee of the Regions

The CoR has called on the European Union to ensure that its plans to create a new single-market programme in 2021 have ‘’the flexibility to respond quickly and proactively to any disturbance in the functioning of the internal market or disruption in trade for SMEs that could, for example, result from the possible adverse impacts of Brexit’’.

The call for flexibility was one of a set of recommendations adopted during the plenary as part of an opinion on the proposed Single Market Programme prepared by Cllr Deirdre Forde (Cork County Council). The opinion was underpinned by the belief that opening up the services sector and digital economy across Europe could strengthen growth in local and regional economies.

While presenting her work, Cllr Forde noted that ‘’SME’s are the motor of the EU’s economy, creating 85% of new jobs over the past five years. We need to remove the handicaps on SMEs and enlarge the market for them. This is even more important because of the uncertainties of Brexit […] and because there will be (further) shocks to the economy’’. She also noted that ‘’the EU should be thinking small first as it pursues its ambition of a truly single market’’. Cllr Forde’s opinion also focused on the need to ensure adequate protection for consumer interests, particularly in the area of financial services.

‘’The EU should be thinking small first as it pursues its ambition of a truly single market’’.

The opinion was widely welcomed by CoR representatives and was adopted unanimously during the plenary. Cllr. Forde’s opinion brings to a total of eight the number of CoR opinions prepared by the Irish delegation in the current mandate. 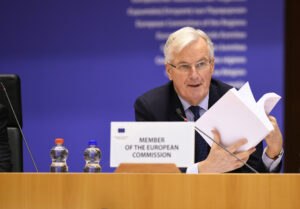 132nd Plenary Session of the European Committee of the Regions

The second day of the CoR plenary began with a lively debate between the CoR Members and European Commission’s Chief Brexit Negotiator, Michel Barnier. Mr Barnier took the opportunity to update the CoR delegates on the current state of play, as well as addressing a number of issues raised by members over during the two hour debate. Six members of the Irish delegation contributed to this debate, praising the European Commission and Mr Barnier for his ongoing hard work as well as the commitment to avoiding a hard border on the island of Ireland. Cllrs. Michael Murphy, Kate Feeney, Enda Stenson, Deirdre Forde and Declan McDonnell emphasised the importance of protecting the Good Friday Agreement, safeguarding livelihoods in border areas, and protecting Ireland’s trade routes with the rest of Europe. A full video of the debate can be found here.

Speaking about the agreement, Mr Barnier noted that ‘’it is a balanced deal; it is the only one and the best one possible […] and respects the EU’s principles, while taking into account the UK’s red lines’’.

To ensure no hard border on the island of Ireland, and to protect the Good Friday Agreement, the European Commission and UK agreed on a backstop mechanism, also referred to as the Protocol on Ireland and Northern Ireland. As part of the Withdrawal Agreement, a single EU-UK customs territory is established from the end of the transition period until the future relationship becomes applicable. This means that Northern Ireland will remain part of the same customs territory as the rest of the UK with no tariffs, quotas or checks between NI and the rest of the UK.

The Withdrawal Agreement establishes a single EU/UK customs territory if no other solution to prevent a hard border on the island of Ireland can be found by the end of the transition period. At the same time, Northern Ireland would also be subject to a regulatory union in order to avoid a hard border and to ensure that goods can continue to move freely across a soft border with no checks.  The European Commission has published a detailed factsheet on the Protocol on Ireland and Northern Ireland, which is now available online.

The CoR plenary began with a debate on the future of Cohesion Policy with Commissioner Corina Cretu, with responsibility for regional policies. 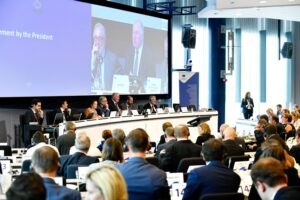 129th Plenary Session of the European Committee of the Regions

Cohesion policy, with a budget of €351bn in the 2014-2020 programming period, is and will remain the key tool to promote economic, social and territorial cohesion. Representing 34% of the overall EU budget, the funds help reduce disparities and deliver more opportunities for all European citizens across towns and cities.

While negotiations to fully adopt cohesion policy for the 2021-2027 framework are ongoing, the Committee of the Regions calls the co-legislators for simplification of the current rules and committing to no reduction in the level of funding. During the plenary session, the CoR delegation adopted a number of opinions on the future of cohesion policy, including Common Provision Regulation (CPR), European Regional Development Fund (ERDF) and Cohesion, Fund, European Social Fund (ESF+) and European Territorial Cooperation (ETC).

Commissioner Cretu noted that ‘’the valuable work of the European Committee of the Regions on the future of cohesion policy has contributed to setting the pace for the negotiations’’ and she also welcomed the ‘’constructive approach regarding the Commission’s proposal, in particular the support for a strong partnership principle’’.