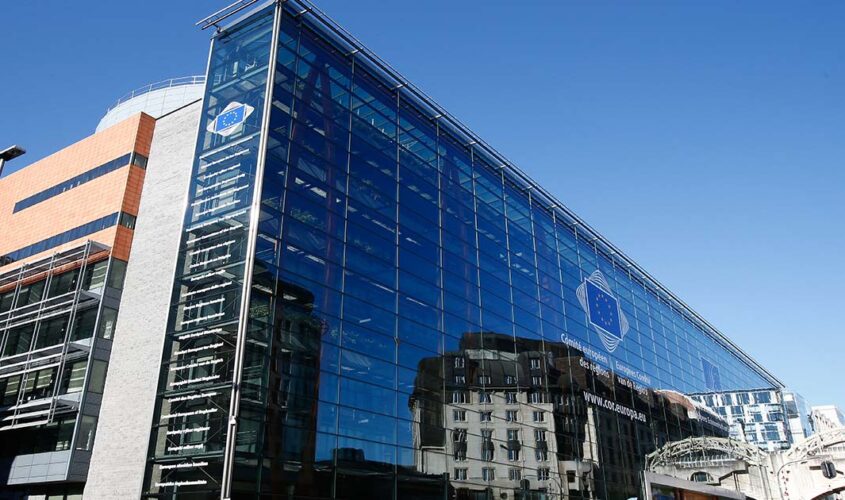 The Committee of the Regions (CoR) held its 152nd plenary session from the 30th of November until the 1st of December. Marking the final plenary session of the year, the agenda was packed with opinions and debates, with Ireland making key contributions throughout, the highlight of which being the adoption of Cllr. Kieran McCarthy’s opinion.

The first of the two day plenary session featured debates on several CoR opinions. These included debates on; extending the list of EU crimes to hate speech and hate crimes, the EU strategy for sustainable circular economy and textiles, and reform of geographical indicators.

A highlight of day one was Irish delegation member Cllr. Una Power making a thoughtful and well received contribution on the opinion concerning the safeguarding of food security and the resilience of food security.

The second day of plenary began with a closing debate on the European Year of Youth and the formal adoption of the European Charter on Youth and Democracy. Contributions throughout the debate noted the need for 2022 to act as a catalyst for further involvement of youth voices within European policy making.

Following the debate on the European Year of Youth, head of delegation Cllr. Michael Murphy chaired an engaging debate on enhancing cohesion policy support for regions with geographic and demographic handicaps.

Cllr. Kieran McCarthy’s opinion “Small urban areas as key actors to manage a just transition” followed. The opinion won unanimous support from CoR members and was subsequently adopted. The opinion focuses on small urban areas which are home to 43% of the EU population. A key call made by Cllr. McCarthy in the opinion is a call for Member States to promote fiscal incentives linked to empty housing units so as to support access to affordable housing in order to attract citizens to settle and establish their lives in shrinking small places.

The plenary session was rounded out with two resolutions on the CoR political priorities for 2023 and the European Year of Skills 2023. Followed by a couple of debates on EU local matters and a debate on the energy crisis and consequences for European households.

The next plenary session will take place on the 8th and 9th of February 2023.